CBM activities
Work continues with advertising, mainly on the Internet.
Literature in Spanish is available, as is a magazine, Buenas Nuevas.
In Portugal, there is advertising and billing, mainly in the Algarve.

Sandro and his fiancée Silvia

The story starts in March 1999. A young man, Sandro, was searching for the truth of the Scriptures and was unable to find any real help in the local churches. His interest had originally been aroused by his grandmother, who is a Jehovah's Witness. Almost in desperation he wrote to a pen friend in Israel to see if he could get any help from him about Jesus as 'the Messiah'. He was sent information about a Bible course which had recently been circulated in Israel during a campaign there.

He sent for the course and could not believe what he had found. He finished the course with obvious enthusiasm and read Bible Basics. Then we went to visit him - this was a wonderful experience - rarely have we met such enthusiasm and dedication.

He so wanted his fiancée, Silvia, to be baptised with him, so we continued correspondence and he began helping her. Her English was not as good as his (although he had never spoken it before contacting us!) and we had few booklets in Portuguese, so he set about translating the CBM course into Portuguese.

It was clear that a further visit was required. We travelled down to Portimao to see Sandro and Silvia insisted that she came too, as she also wished to be baptised. We were also accompanied by Sandro's cousin, Hugo, who is 17 and who has started to do the course.

We baptised Sandro and Silvia the next day in the Rio Formosa, just south of Faro - a wonderful experience. We thank God for this wonderful increase, and now have the responsibility of looking after these two young people in the midst of a harsh environment and hostile families. They require our prayers and contact to be able to stand fast to the end. 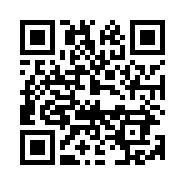