Kenya stretches between the Indian Ocean and Lake Victoria. Employment is in tourism, coffee and tea. A former British colony, it gained its independence in 1963.

CBM activities There are usually two visits from the UK each year, one for the AGM of CBM(K) in April, the other later in the year.


Joy out of tribulation

Our visit covered two distinct areas of Kenya: first the Coastal Region, then, after the Nairobi Bible School, the Western Region, Rift Valley and North Nyanza.

To reach Perani in the Coastal Region, we had the offer of a lift from a contact in Kikoneni. However he was unable to get back to Mombasa to pick us up because of some problem at Likoni. When we got to Perani, we heard further news about the trouble at Likoni. The ferry and road were closed, there had been burning, and people had been killed. Then Brother George and Sister Monica arrived from Likoni unexpectedly - they had fled from a rapidly deteriorating situation. There had been many killings and much damage to property, including the loss of two police posts, with all lives.

At Perani, we prepared for our preaching effort in the local market, praying that God would bring peace to this part of Kenya. Back at Kikoneni, we witnessed five baptisms in the local river before going to Mombasa. There a further eight were baptised in the Indian Ocean. We were sad at the civil unrest here, but happy that in spite of all the problems, God had encouraged with 13 new members.

In the north of the country, another five baptisms took place, and we witnessed the marriage of Joshua and Rosemary in Chwele. At Bondo, we officially opened the new church building. There would be no building here if it were not for the members who were letting the light of the gospel shine brightly in this part of Nyanza. 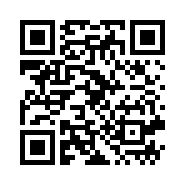