Correspondence team leader Handled by members of the Dutch ecclesias.

CBM activities The Hague ecclesia was founded in 1957 and Amersfoort in 1972. There is a wide range of Dutch literature and a Bible exhibition. Preaching is through a magazine, midweek meetings and seminars in various towns, and a web site with online magazine. An annual Day of Meeting is held for interested friends.

Ecclesias The Hague, Amersfoort/Ede. A small group meets at Rolde (near Assen). There are 32 members in total.

The most northerly of the Baltic states, Estonia gained independence from the Soviet union in 1991. The economy is undergoing a profound transformation with a rapidly-growing private sector and increased foreign trade with the West. Estonia joined the EU in May 2004.

CBM activities Regular visits take place throughout the year with a programme of Study days, Bible classes and home visits in three main centres. There is a small ecclesia at Tallinn, and 4 sisters in the Tartu area, where travelling and health problems make meeting together difficult. A brother from Valga meets us in Tartu when his health permits.

Since the dissolution of the Soviet union in 1991, Hungary has been making the transition to a free-market economy. Hungary joined the EU in May 2004.

of the Commonwealth of Independent States (CIS). Strategically very important, it is relatively stable and free of major ethnic tensions.

CBM activities There has been preaching in Italy since the 1920s, with regular visits starting in 1984, mainly centred on Bologna, Brescia, Milan, Rome and Verona. Correspondence and regular visits provide fellowship with brethren and sisters in isolation, discussions with existing contacts, and attempts are made to reach new contacts. Preaching is through personal contact, fly-billing and special talks. Most brethren and sisters and contacts have English, so language is not a barrier.

Poland was the first country to break through the Iron Curtain in 1989. The free market is now flourishing, but industrial pollution

is a major problem. 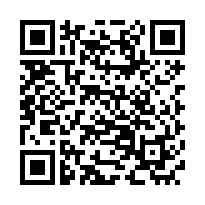