of the Commonwealth of Independent States (CIS). Strategically very important, it is relatively stable and free of major ethnic tensions.

CBM activities The Ukraine team makes five visits a year. These start in Kiev with weekend Bible studies, followed by a trip to one of five cities in rotation. A week-long Bible School is held in Kiev each summer. There has been a steady flow of baptisms.

Kiev and Poltava in December

On the Friday night we joined in an informal reading group in Kiev with the members who had arrived from from Kakhovka. This little evening gathering was organised by Sister Olga, and was one of the highlights of our trip. It was very warming to see the eight gathered brothers and sisters so interested in scripture, so keen to discuss it passionately amongst themselves, and so willing to keep on going despite it being 11 p.m! As we made our way back across to the other block through a beautiful covering of fresh snow, it did feel very good to be in the Ukraine!

On Saturday morning there were around 50 brothers and sisters present for out studies, and we started the morning by looking at 'The Commandments of Christ'. I tried to make this as interactive as I could by getting rid of the table and bringing them much closer to the front in a semicircle. This approach worked reasonably well. After lunch I spoke on faith and worship, and we finished with the daily readings, which provoked some good long discussion about the Book of Job. Saturday evening saw some good socialising before we all fell into bed.

On Sunday morning we had a few more brothers and sisters for the Breaking of bread. My exhortation was on the peace of God and I tried to connect this with some of the themes we had spoken about on Saturday. We did another interesting chapter from Job after lunch, then looked at James and tied that in with some of the commandments of Christ discussed the day before.

Overall, every one was very pleased to have come to Kiev and the overwhelming feeling was one of good, genuine fellowship. We noticed an ease amongst people and a true commitment to being there for the sake of scripture, not gain of any sort.

In Poltava, we had a class at Veronica's house at which I focused on the thorny question of fighting for the state and voting. This theme carried on from the commandments of Christ session I had done in Kiev. We went through the scriptural logic behind why we don't vote and fight, and I think because it was a question-and-answer type of approach they could really see the reasons upon which these beliefs are based. It left them with a lot to think about.

Overall we had a very good visit and strengthened ties with everyone we met.

A tram every 20 minutes

Our Bible School was held in a Sanatorium close to Puscha. It was compact, but clean and with good bathrooms, and had the advantage that we ate, listened and slept all under one roof. Combined with the judicious use of a bicycle hooter in the corridors five minutes before each talk, this meant that the seats were regularly filled with amazing promptness.

The attendees were divided into children, looked after by Kathryn and her team, a beginners’ class, and the main group, studying the Second Temple and Mark’s Gospel.

We ran three workshops in the afternoons: one on Preaching, one on Bible Study, and one on Crafts, as well as the daily Bible readings. The evenings were occupied with a ‘pretend’ interview for baptism, John Parry’s trip to America for the CBM of the Americas, Any Questions, a Bible Quiz, and the last night concert. This last included an engaging play by the children about Joseph in Egypt, and puppet plays about the Good Samaritan and Saul’s conversion.

The highlight of the week was the baptism of Charles, after an excellent interview. Charles had met our brother Tobi at work, and became persuaded that his Catholic background did not match Bible teaching. There was a beautiful lake with a sandy shore, fifteen minutes’ walk from the Sanatorium, and the rain dried up in time for us to witness his immersion in comfort, followed by the strains of “The Lord bless thee and keep thee”.

The site was served by both minibus and tram. The single car trams rolled along every 20 minutes, and left with a loud humming from the rails, which was audible from our bedrooms during the early morning hours, along with the Kiev male dogs’ choir.

The caterers had been asked to provide ‘Western’ food for the English members of our party. This meant delicious new potatoes cooked with butter and herbs, and whole beetroots, carrots and cold cauliflower chunks. The fresh vegetable soups were great.

The week ended with a Breaking of Bread at which Nicolai gave the exhortation, and Charles was welcomed into fellowship. 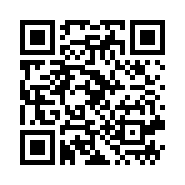