Correspondence team leader Handled by members of the Dutch ecclesias.

CBM activities The Hague ecclesia was founded in 1957 and Amersfoort in 1972. There is a wide range of Dutch literature and a Bible exhibition. Preaching is through a magazine, midweek meetings and seminars in various towns, and a web site with online magazine. An annual Day of Meeting is held for interested friends.

Ecclesias The Hague, Amersfoort/Ede. A small group meets at Rolde (near Assen). There are 32 members in total.

The weekend of 24-26 November saw members from England, Germany and Luxembourg join those of three ecclesias in Holland for the first ever Dutch Weekend Bible School. We were warmly welcomed at our base, a large self-catering house in Lunteren, built originally as a youth activity centre and situated in pleasant wooded countryside.

The weekend was primarily designed for the benefit of Dutch brethren and sisters, so the formal proceedings were in Dutch throughout. The weekend studies were interspersed with the daily readings, which made for a full programme with a fairly tight schedule.

Our main study on John 17 began after breakfast on Saturday morning. Graham Jackman first spoke on 'The hour has come'. Jesus' purpose was to make known God's character by means of his own words and works. John constantly emphasises that Jesus is the Son of God to whom the Father gave everything. There are 17 references to giving in the prayer. Jesus' response to this was a service of love and he requires us to continue in that love as potential sons of God (1 John 4:7).

On Sunday afternoon we were blessed with good weather, so some of us visited the Dutch National Park, De Hoge Veluwe, and took advantage of 'white bikes', a park and ride scheme. What a pleasure it was to cycle through flat countryside, even if, as has been alleged, there's always a head wind in Holland!

Our final study from Graham was 'That they all may be one - the new family of God'. In his prayer Jesus looked forward and saw a process of growing belief in God - a snowball effect as others are attracted to our faith. He prayed for the following generations including ours and those still to come. Our whole lives should centre on bringing people to God through Christ.

Our thanks to all who had co-operated to ensure such an enjoyable and spiritually uplifting weekend and above all to our Heavenly Father for making it all possible.

Two campaigns are held in Holland each year-one at Easter and another in August. This year the summer campaign was held in Delft, a university town, which is also famous for its 'Delft blue' pottery. The aim of the campaign was to advertise and hold the Dutch Bible Exhibition in Delft and also to advertise the 'Learn to Read the Bible Effectively' seminar to be held there starting in September. Time left over was used to distribute leaflets in Rotterdam offering a booklet called Outlook for the Future.

Five new seminars have been started in Holland in six years. This would be quite a challenge for an ecclesia with a large number of brethren and sisters, but The Hague ecclesia has done this with only fifteen members.

On the Sunday, the Breaking of Bread was conducted mainly in Dutch but with bilingual prayers and announcements. It always amazes us how brethren can switch from Dutch to English and back again so easily. Hymn singing was in two languages but we know we are all singing the same praise to our Heavenly Father. At home we might not be so keen on chapters with lots of names, but when following in Dutch the names sound recognisable and make it easier to follow!

After breaking bread the ecclesia and the campaigners always share a meal together and an afternoon activity, often a presentation about preaching work in another country-this time it was the Czech Republic.

For the members of The Hague ecclesia and the Dutch-speaking visiting brethren and sisters the Bijbelexpositie was the main activity of the week. This Dutch Bible exhibition was erected on the Thursday morning and was open until Saturday. About 100 visitors attended with some interesting conversations ensuing and some people registering for the seminar.

If you visit Holland on holiday or for business, do try to visit the brethren and sisters; they are very welcoming and it is an opportunity to encourage each other on our journey to our Heavenly Father's kingdom. 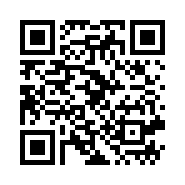